The Qing copper coin, whose scientific name is the mechanism copper coin in Qing Dynasty, was minted in 1900 (the twenty-sixth year of Guangxu in Qing Dynasty) and ended in 1911 (three years). Although the casting circulation time was only more than ten years, in its heyday, there were 17 provinces and 20 bureaus in China that started casting copper coins. Ten copper coins were successively cast in the 17th and 20th Bureau, which were different and varied in layout. Divided by obvious differences, there are hundreds of formats. The circulation time of Qing copper coins was short. Because of its elegant layout design, excellent carving, and extremely rare existence in the world, the ten coins made by the household department in Guangxu of the Qing Dynasty are regarded as one of the top ten famous products in modern Chinese coin making. 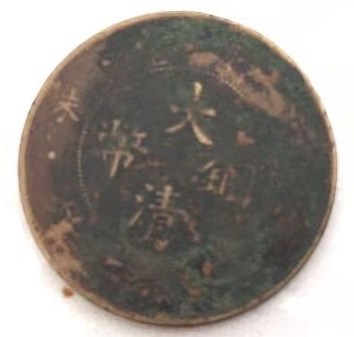 This Qing copper coin is not considered as a twenty-note coin. The surface of the coin has a natural patina, and the handwriting on the front, the dragon pattern on the back and the English characters are blurred, which shows that it has experienced the baptism of years. It is highly collectible and ornamental, and has huge appreciation space. The front central outer ring is cast with "Daqing copper coin" and bead ring, and there is the word "Ding Wei" on the left and right; The upper edge is cast in Manchu, and the lower edge is cast as "making money for twenty articles"; There is dragon pattern in the middle of the back, bead ring is cast on the outer ring, English place and Chinese inscription "Made in Guangxu" is cast on the outer ring. Although coins are small, they can also give a glimpse of the society, culture and economy at that time, and highlight the exquisite manufacturing technology at that time, which has extremely high cultural value, collection value and appreciation space. 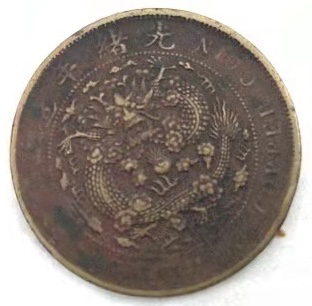 "Qing Copper Coin" is a lifelike dragon on the back. In China, collectors like this kind of coins very much, because the Chinese nation is a descendant of dragons. According to folklore, the dragons on the back of "Da Qing Copper Coin" can increase a person's luck, so that he can always seek good fortune and avoid evil under the protection of dragon spirit. Therefore, this coin has been deeply loved by collectors. The collection price of "Qing Copper Coin" is incalculable. There are many formats of Qing Copper Coin, especially when it is twenty. Many Qing emperors issued copper coins as currency in circulation when they were in power. The use of copper coins has important practical and historical significance, which makes the transaction gradually convenient. Nowadays, the Qing copper coins also have a certain collection value. Many collectors love it, and collecting various copper coins has become their goal.